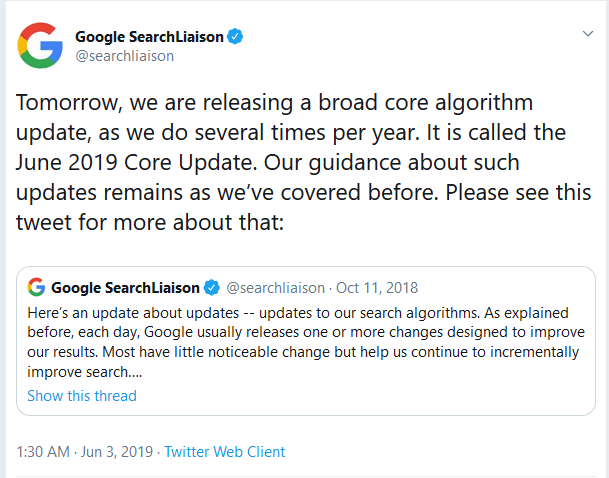 A few days ago, Google warned publishers that they are going to update their algorithms and Named It as June 2019 Core Update.  This is the first time that Google updated on twitter about an algorithm change. This update is the second major update after March 2019 Core Update. Google yet not clear what about … Read more